日付: 7/03/2016
Exhibition of original works by the SASHI-E illustrators who have colored the world of books
Sharing Japan’s SASHI-E culture with the world 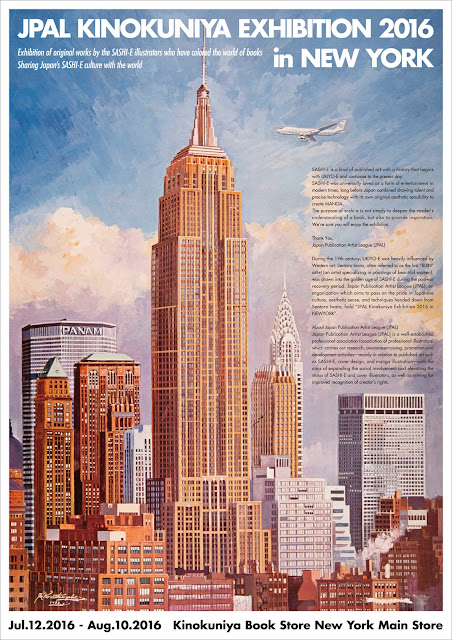 During the 19th century, UKIYO-E was heavily influenced by Western art. Sentaro Iwata, often referred to as the last “BIJIN” artist (an artist specializing in paintings of beautiful women), was drawn into the golden age of SASHI-E during the postwar recovery period. Japan Publication Artist League (JPAL), an organization which aims to pass on the pride in Japanese culture, aesthetic sense, and techniques handed down from Sentaro Iwata, hold “JPAL Kinokuniya Exhibition 2016 in NEWYORK”.

SASHI-E is a kind of published art with a history that begins with UKIYO-E and continues to the present day.
SASHI-E was universally loved as a form of entertainment in modern times, long before Japan combined drawing talent and precise technology with its own original aesthetic sensibility to create MANGA.
The purpose of sashi-e is not simply to deepen the reader’s understanding of a book, but also to provide inspiration. We’re sure you will enjoy the exhibition.

About Japan Publication Artist League (JPAL)
Japan Publication Artist League (JPAL) is a well-established professional association (association of professional illustrators) which carries out research, awareness-raising, promotion and development activities—mainly in relation to published art such as SASHI-E, cover design, and manga illustration—with the aims of expanding the social involvement and elevating the status of SASHI-E and cover illustrators, as well as striving for improved recognition of creator’s rights.
http://syuppanbi.com/

ーーー
I will show my piece from Jul.22 (Fri) to 26 (Tue).
I made these illustrations of the novel “Salmon” of NAKAGAWA MALUCA's copyright. 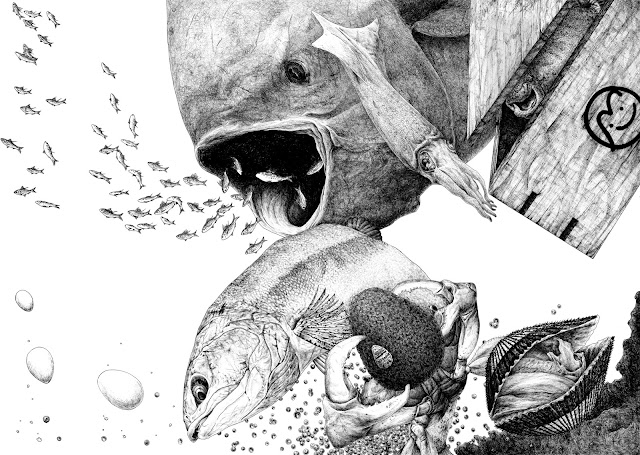 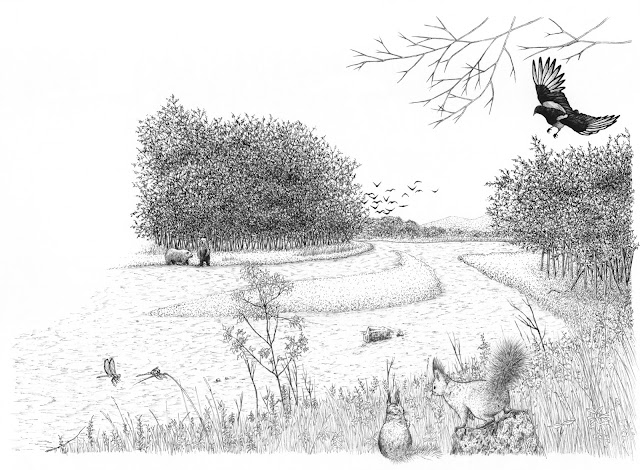 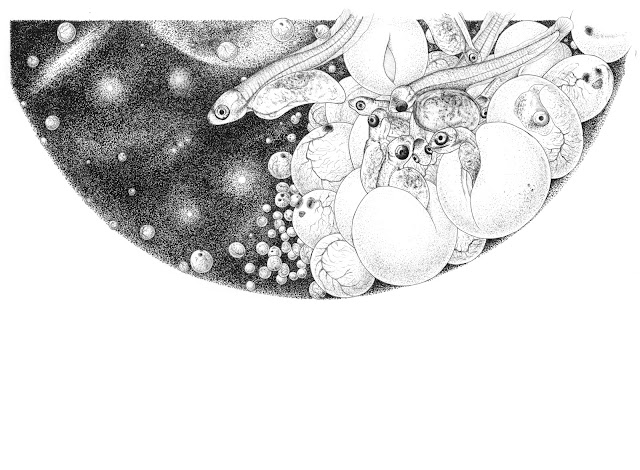 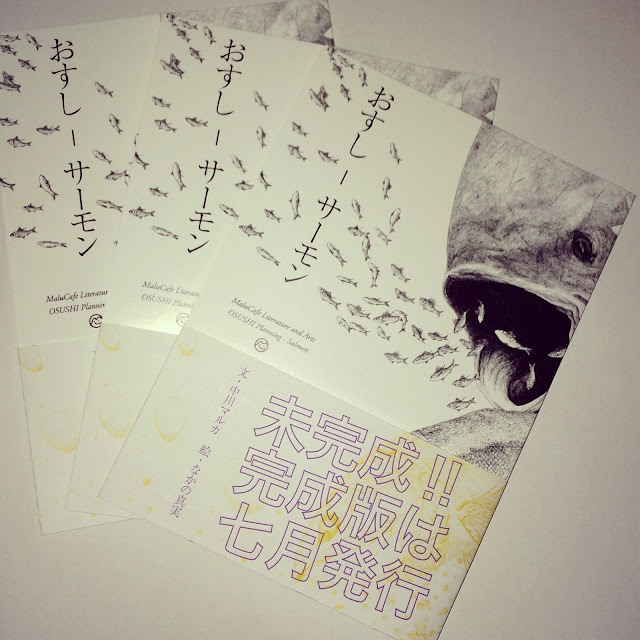 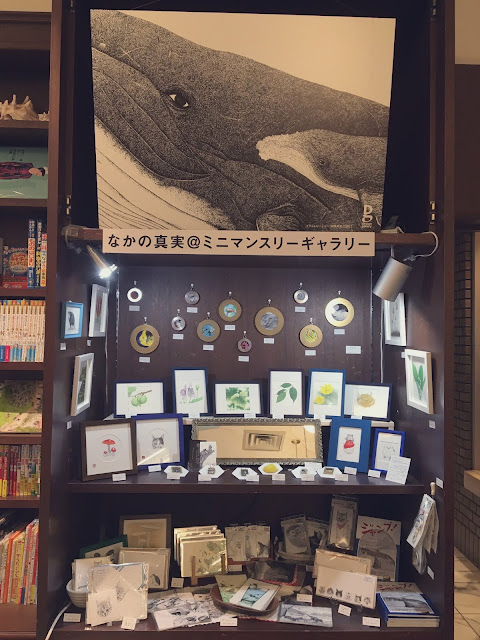 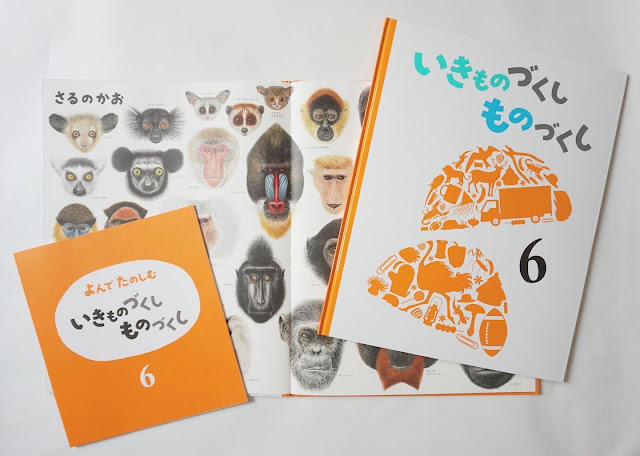 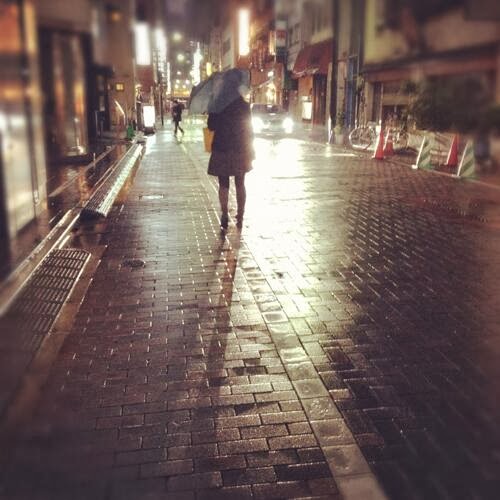